Mountain biking has been a defining part of nearly every year of my adult life. I started riding with friends at 19 years old. A crash that same year led to the purchase of my first “real” mountain bike, which in turn led to my first job in the industry, then a second, third, and fourth. I volunteered, took part in charity rides, and made incredible friendships that surged and waned and surged again. I am excited to now bring nearly two decades of enthusiasm to bear in helping to build the sport that has given me so much.

A few months ago, I was asked if I would join the Board of Directors for the International Mountain Bike Association of Canada. Following evaluation by each of the board members, my inclusion was confirmed, and I’m now bringing my expertise in communication to an organization that helps grow riding opportunities for mountain bikers all over Canada.

IMBA Canada was established as a national not for profit in 2004 at the same time as I was starting to volunteer on trail building projects in the Don Valley, east of downtown Toronto. I joined in that first year, and have been a member ever since, because like IMBA Canada, I want to see mountain biking grow in our country. It’s a hobby that has brought so much to my life that I know how much it can bring to others, and want to spread the sport’s influence as far as I can.

Starting to ride singletrack presented a whole bunch of new challenges, as did my job working as a bike mechanic. I was having to learn quickly, and develop the crafts of riding and wrenching. Despite having a cross-country hardtail, I was influenced by mountain bike videos from the west coast of Canada, and so was learning how to jump down staircases, off planter boxes, and ride skinny curbs while not getting ticketed in downtown Toronto. There was a whole world of stuff to learn in the shop too, as suspension became more sophisticated and disc brakes revolutionized the sport.

In 2004, I got my first job as paid trail crew at Kelso Conservation Area, a job I held for two seasons. I was learning about how to control people and water through careful trail design – make the trail interesting so people stay on it, and make sure for sustainability reasons the water moves off the trail.

From there, I used bikes to travel, working as a mechanic on a bicycle tour from Cairo, Egypt to Cape Town, South Africa, then from Paris to Istanbul. Everything that came from those trips is fodder for a few more articles, but in the meantime, I learned how to develop rapport with people who seem to be so different in so many ways, and that even the biggest deserts can be crossed simply by continuing to pedal. At the same time, I was starting to feel like there weren’t opportunities in the bike world that suited my interests. It was a frustrating realization.

Upon returning to Canada, I switched careers to move into media full time, working on ESPN’s X Games, covering three Olympic Games, and writing regularly for a variety of national and international outlets. I became the official Digital Media partner for the Canadian Rally Championship, a role I’ve held since 2014. My media career has spanned huge changes in the media landscape, having started during the infancy of social media. When I was in Vancouver for the 2010 Olympic Games, the iPad did not exist. I’ve seen paywalls come and go and come again. I’ve watched as web design moved from desktop only to mobile friendly to mobile first.

It’s been a crazy ride that demanded a nimble approach in order to stay upright, and there have been many stumbles. Which is all a bit like riding a mountain bike. In both media and on two wheels I have persisted because both are a lot of fun. Now I’m fortunate enough to have fun while influencing mountain biking through the application of my experience in media. We have big goals, and I look forward to working with an amazing team of motivated people to make it all happen. 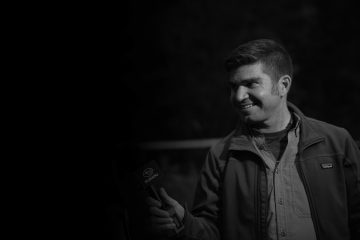 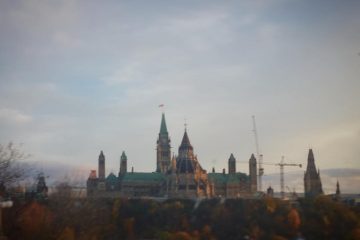 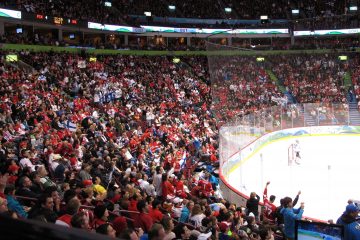 Through the Lens of Sport

During more than 15 years as a published writer, I’ve had the good fortune to write about a variety of subjects, though most have some connection to sports. As a kid, I never would have Read more…